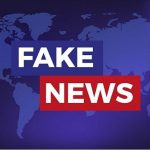 We have seen an alarming rise in fake news reports in various forms of social and digital media. However, the most problematic and deceitful kind of fake news is ATL (above the line) fake news articles which appear in conventional or mainstream news outlets such as the BBC, Forbes, or the UK Guardian. The public regards news venues such as the ones mentioned and others similar … END_OF_DOCUMENT_TOKEN_TO_BE_REPLACED